Frank and I had a nice talk tonight. ABOUT THE MOVE. He had a rotten day at work, which spurred him on. But we’ve talked about it a lot lately. I spent my morning researching TESOL classes so we can teach English overseas. I’ve been listening to an audiobook called, “Retiring Overseas on a Budget.” I’ve looked into health insurance costs, apartments in San Pedro, Placencia, southern Portugal, Spain and even Malta! We’re ready to put this into motion. Within two years - we’ll be out of here! 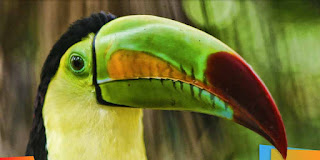 So many thoughts. So many decisions to make. But we’ve set a date. That’s so important! When I was toying with the idea of moving to Spain at the end of my month in Europe in the summer of 1991, I knew I had to tell everyone immediately upon my return, that I was planning to move to Europe. I had to put it into motion. Not “I’m thinking about….,” but rather, “I’m going to…” I talked about it so much that my coworker finally asked me to give her an idea of when I’d been leaving so they could start thinking about a replacement for me. So I did. This was in TK October and I made a commitment to leave by the end of January. Now I had a schedule. A timetable. A PLAN. That’s what we get to work on now. OUR PLAN! Where we want to be in two years - financially and psychologically, as well as geographically.

We started gearing up for this in earnest on Election Night. While we were watching the returns, and I was saying that “it’s early” and “those states aren’t important anyway,” I was already on my laptop looking at property in Belize. Saw a couple great potentials. We realized that night that it had to happen. The question was when. I submitted a retirement estimate request the next morning. I have an appointment with a CalPERS retirement specialist in two weeks. We have set this into motion!
1 comment:

Look Here for My Travels

Mikeywaz
In 1992, in part due to the First Bush Iraq War, I decided to leave a comfortable job in Michigan and move to Malaga, Spain. Since we visited Belize in 2008, Frank and I have been itching to hit the road. This year, we're pulling the trigger! Portimao, Portugal, here we come!

Some of My Favorites